Blanca Berlin Gallery presents for the first time in Madrid the American artist Carolyn Marks Blackwood (Alaska, 1951), photographer and renowned screenwriter and film producer. Magnolia Mae Films, of which Blackwood is a majority member, has an Oscar and nine Academy nominations, among other awards.

Carolyn Marks Blackwood (Alaska,1951) is a photographer, screenwriter, and film producer. In 2015, she was featured by Artnet News in Five Artists to Watch: The Photography Edition. Artnet News wrote, “By playing with perspective, Blackwood pushes the boundaries of what it means to be a landscape photographer, widening the parameters of the genre from the typical vast romantic landscapes to an appreciation for the minuscule and the unseen in nature.” Carolyn Marks Blackwood is a principal partner of Magnolia Mae Films, which has produced, among others, The White Crow (2018), Dancer (2016), The Invisible Woman (2013), Philomena (2013), and the Academy-Award winning The Duchess (2008). Carolyn Marks Blackwood’s photographs are in the collections of the Mattatuck Museum; the Albany Institute of History and Art; and the Mint Museum; as well as in many private collections.

For all their narrative richness and complexity, Carolyn Marks Blackwood’s captioned photographs do not contain a single human figure. The moodily lit images of rural settings, and the telegraphic, open-ended words that accompany them, function as quasi-cinematic ‘sets’ for our projections, fantasies, and desires. That she can pull so much out of her relatively simple method is instructive about photography, cinema, and above all, about how we look at pictures.

Carolyn Marks Blackwood’s eerily lit nightscapes bring to life those moments when things that have been secret and hidden suddenly come to light; when the subconscious comes to the surface. The distant houses concealed behind trees, and lit from within, is an image that also suggests the mysteries of Belgian painters, such as the Symbolist William Degouve de Nuncques, and the Surrealist René Magritte, a pioneer in the juxtaposition of words and images that evoke a psychological response in the viewer.

It is difficult, even for the most hardened soul, to not lose itself in imagining, or remembering, or hoping, in front of Carolyn Marks Blackwood’s images—of reliving past trauma, past love, past heartache, past possibilities. That these projections of ours are always in the past tense is produced, perhaps, by the time encoded in the medium itself—photography records the what-has-been—and in the non-specific past-ness of the architecture, the narrow lanes, and the particular moodiness of the scenes. 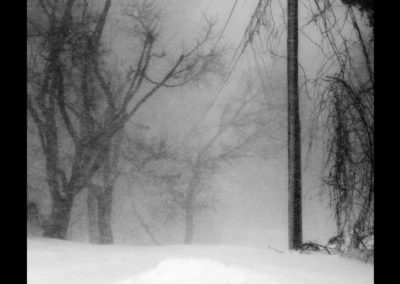 The wind and snow conspired to stop her, but she just kept going, 2013 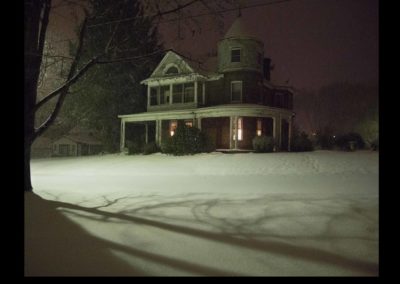 She stood outside for what seemed like hours. It was time to be brave and go inside, 2013 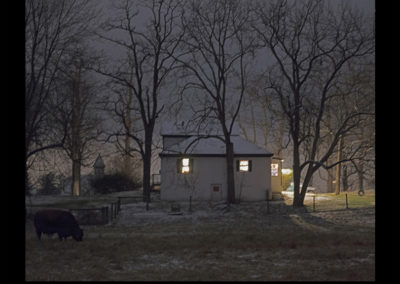 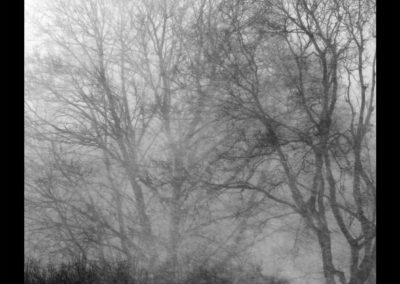 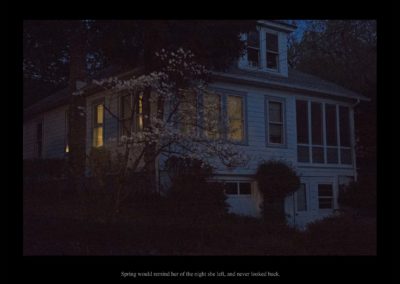 Spring would remind her of the night she left, and never looked back, 2013 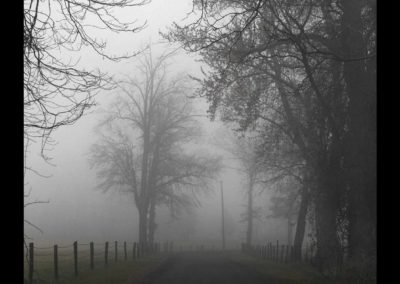 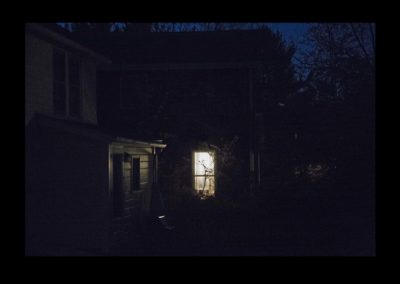 It had been 10 years. His heart was pounding as he approached the door, 2014 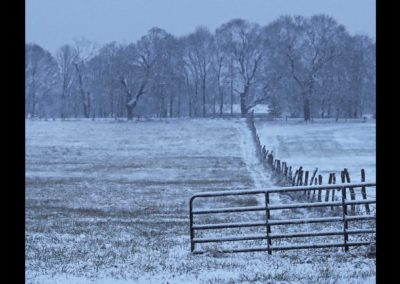 He could see his young self, tilling the fields. He knew the land would outlive him, 2017 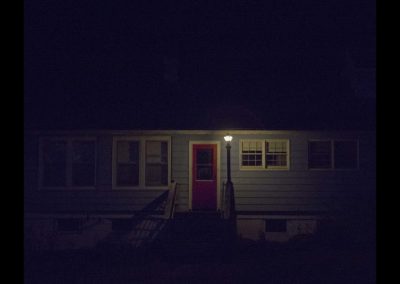 He was gone. It was her first night alone in over fifty years, 2013 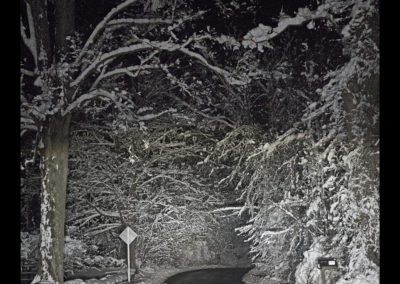 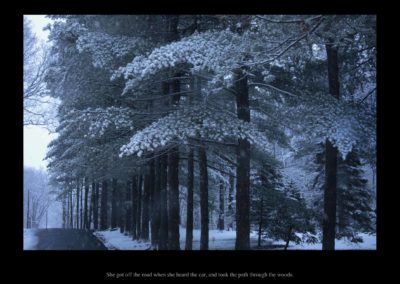 She got off the road when she heard the car, and took the path through the woods, 2015 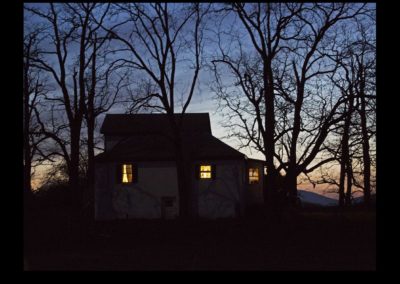 All her things were gone. He sat at the kitchen table. There would be no dinner tonight, 2015 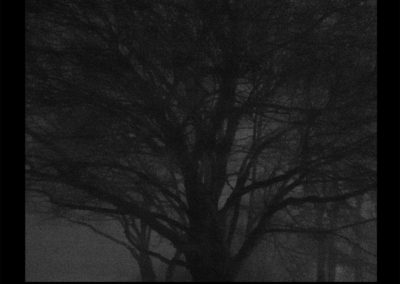 Her eyes adjusted to the night. She wasn’t scared, 2017 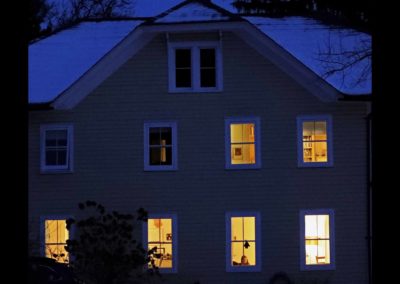 She remembered the dream, not the reality, 2017 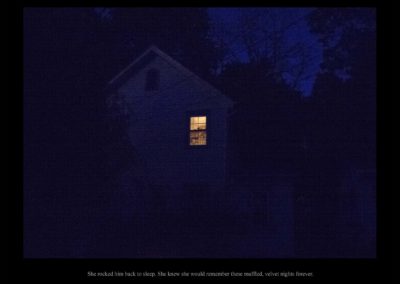 Carolyn Marks Blackwood.She rocked him back to sleep. She knew she would remember these muffled, velvet nights forever, 2014